We are very proud to have established an Energy Club at Divine Intervention School in 2016, headed up by Miss Chhanpuii. More details can be found at this page. The Class IX (now Class X) members worked hard conducting audits in their local areas and taking part in awareness campaigns. They were even very successful at the state level, winning several awards in the year 2016-2017. Thanks to Miss Chhanpuii and all the students who took part:

Individual Prize: Lalruattluanga and Lily Lalenkawli Sailo won Consolation Prizes in the Essay Writing competition and received cash of Rs.1000 and a citation.

Club Prize: In the overall state-level competition, the Club won 8th position / Consolation with a cash Prize of Rs 2000 and a citation. 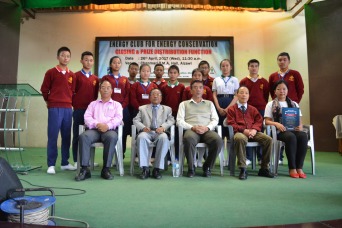